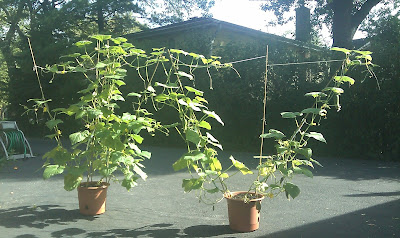 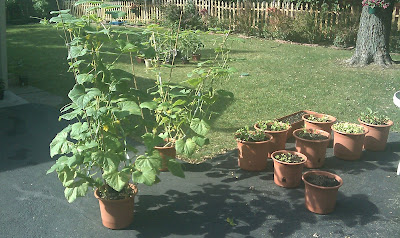 What is bacterial wilt? 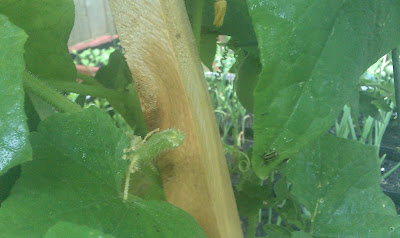 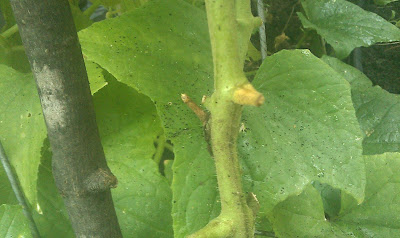 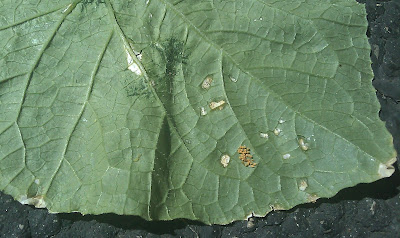 How to recognize bacterial wilt?

The most obvious symptom of cucumber wilt is vines that have been well watered suddenly wilting. Before this happens though the leaves of your vines will exhibit dull green patches. However, the onset of the disease is so fast that you may never notice this dullness.

Plants usually are infected with the disease-causing bacteria long before they show any symptoms. When the vines wilt and collapse (usually about the same time that the first cucumbers are half grown), it is too late to prevent the disease. 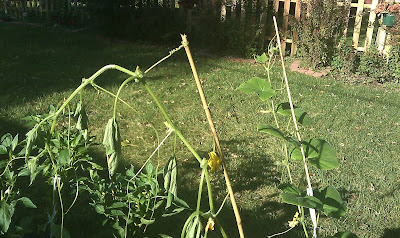 How to control bacterial wilt?

The best method for control of this disease is to control the cucumber beetles.

The slicing cucumber cultivar 'County Fair' has some tolerance to bacterial wilt.

Eureka cucumber is not just tolerant but resistant to multiple diseases typically affecting cucumbers in the tropics.

Newer Post Older Post Home
Subscribe to: Post Comments (Atom)
"Food gardening is the most intelligent adult endeavor on earth and ought to be understood by anyone who eats. You eat healthier, fresher, tastier food, enjoy gentle exercise, and make new friends." Source: http://amzn.to/RpbdJx Gardening helps you burn calories - 160 calories for 30 minutes of gardening http://buff.ly/1ekjB7L He who plants a garden plants happiness. — Chinese proverb